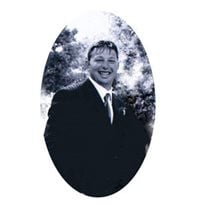 Funeral Services for Andrew "Andy" Bolling, age 30 of Clearwater were 10:00 am, Wednesday, January 11 , 2012 at Concordia Lutheran Church in Clearwater with Pastor Daniel Feusse, Officiating. Music was provided by Clearwater Quartet and Caroline Jaeke, Organist. Burial will be in Clearwater Cemetery. Pallbearers were his brothers, Matt Bolling, Dan Bolling, Seth Bolling, Adam Bolling, and Nate Bolling. Visitation was from 5 - 8 pm Tuesday, January 10, 2012 at Snider Memorial Funeral Home in Clearwater. Andy passed away on January 7, 2012 in O'Neill, Nebraska. Andrew Kyle Bolling, son of Steven Bolling and Janette (Kruger) and Charlie Allemang, was born at Tilden, NE on August 14, 1981 and was called home by the Lord on January 7, 2012. Andrew was baptized August 23, 1981 and was confirmed in the Christian faith April 23, 1995 at Concordia Lutheran Church in Clearwater, NE. He graduated from Clearwater High School with the class of 1999. After graduation he worked for Dale Funk until he started his own construction business in 2008. He was united in marriage to Jenny Pisarek on June 22, 2001 at O'Neill, Ne., where they resided for a short time. Since then, they have made their home in Clearwater Community. Throughout his life, Andy was an active member of Concordia Lutheran Church and demonstrated his Christian faith by serving his Lord as head usher. As everybody knew, Andy was a worker that never quit. His success can be seen around the area in the many building projects he accomplished in the few short years he was a contractor. When Andy wasn't working he enjoyed being with his family and hunting. His joy for hunting was Andy's passion and his sons were his heart. Andy not only knew people but he knew how to touch people and it started with his smile. Survivors include his wife, Jenny and sons, Tyler and Benjamin, of Clearwater, NE. His parents, Steven Bolling of Tilden, NE and Janette and Charlie Allemang of Clearwater, NE. His parents-in-law, Larry and Darlene Pisarek of O'Neill, Ne. Five brothers, Matthew (Amy) Bolling of Lincoln, NE, Daniel (Michelle) Bolling of Brunswick, Seth (Sherrie) Bolling and Adam (Alisha) Bolling of Pierce, NE, Nathan (Cassie) Bolling of Clearwater, NE. Grandparents: William and Alys Kruger of Clearwater, Lucille Allemang of Neligh, NE, Noire Pisarek of Doylestown, PN, and Irene Isom of Spring Valley, CA. Also surviving Andy are seven nieces and six nephews, one great niece, and a host of relatives and friends. He will be missed by all those who knew him. Preceding Andrew in death were his grandparents, Johnnie and Lavonna Bolling and Ted Allemang. Uncles, Bryon Bolling and Michael Kruger. A nephew, Justin Jonas and cousin, Wade Sullivan.

The family of Andrew "Andy" Kyle Bolling created this Life Tributes page to make it easy to share your memories.