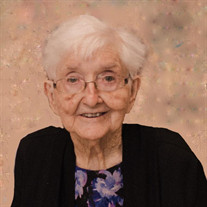 Funeral Service for Carol Rockey age 92, of Neligh formerly of Ewing, will be 10:00 a.m. Saturday, November 21, 2020 at United Methodist-Presbyterian Church in Ewing, with Pastor Wayne Owens, officiating.  Burial will be in Ewing City Cemetery.  Visitation will be 5:00 to 7:00 p.m. Friday, November 20, 2020 at Snider Memorial Funeral Home in Clearwater.  Social distancing, masks, and current Covid-19 DHM’s will be followed at both visitation and funeral.  Snider Memorial Funeral Home in Clearwater is handling the arrangements.  Carol passed away on November 17, 2020 at Arbor Care Center, in Neligh, Ne.  Condolences may be directed to the family at www.snidermemorialfh.com In lieu of flowers, memorials can be directed to the United Church Women. Carol Jean Pofahl Rockey was born to Louis and Edith (Huff) Pofahl in rural Holt County at the Pofahl ranch on January 16, 1928. She passed away on November 17th, 2020 in Neligh, NE. Carol grew up south of Ewing, close to Deloit on the family ranch with her brothers Max, Martin, Dean, Roger and Butch.  As the only girl with 5 brothers she held her own.   She became an experienced ranch hand and often spoke fondly of her life growing up.  She loved her horses.  She graduated from Wheeler County High School in Bartlett, NE . She eventually became a teacher and actually taught her brothers in the country school close to the Ranch.   Carol married Willis Rockey June 24, 1951 and raised 5 children in Ewing NE, sons: Randy, Ed, Noland and daughters: Edie and Martha, while owning and operating Rockey Oil Co and The Gambles Store. She was active in the Ewing community as a Boy Scout and Girl Scout Troop leader, a member of the Women’s Auxiliary of the Ewing American Legion and a Member of the United Methodist Women and the United Methodist and Presbyterian Church of Ewing. She became a Methodist lay speaker and was active in the United Methodist Conference. Carol rarely missed a local high school or junior high sporting event, often accompanying her husband Willis who was the  high school basketball score keeper to games throughout the state. Willis and Carol travelled extensively including a lengthy trip through Europe in 1986 that gave her many fond memories.  Carol was an avid Nebraska Cornhusker football fan, attending many games  both in Nebraska and throughout the country.  She particularly enjoyed her grandchildren and her great grandchildren.  She was fondly referred to as Grandma Carol by many.   She is survived by her children Randy (Heidi) Rockey of Oceanside, CA, and family Ross (Terra) Rockey, Rachael Rockey, Casey (Justin) Bartels & David (Nicole) Tong, Noland (Kathy) Rockey of Norfolk, NE, and family Derek (Whitney) Rockey, Allison (Jordan) Mason, Garrett (Ashley) Rockey, Edie (Keith) Paxton of Bella Vista, AR, and family Lucas (Joanna) Paxton and Martha Brummels of Hickory, NC, and family Seth Brummels, Josh (Jennifer) Brummels, granddaughter Jenny Rockey & Aimee McCall (daughters of Ed) and 26 great-grandchildren. Carol was predeceased by her parents, brothers: Max, Martin and Roger, her husband Willis and her son Ed.

The family of Carol Jean Rockey created this Life Tributes page to make it easy to share your memories.

Funeral Service for Carol Rockey age 92, of Neligh formerly of...

Send flowers to the Rockey family.