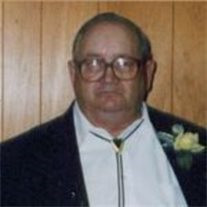 Funeral Services for David A. Schwager age 80 of Clearwater was at 10:30 am, Thursday, July 5, 2007 at Snider Memorial Funeral Home in Clearwater with Pastor Rico Kotrous, officiating. Burial was in the Orchard Cemetery in Orchard. Military Rites will be conducted by American Legion Post #267 of Clearwater. Honorary Pallbearers were Phillip Schwager, Keith Schwager, Shane Schwager, Branden Menning, Michael Menning, Kyle Kester, Michael Borer, Michael Stusse, and Alan Koch. Snider Memorial Funeral Home of Clearwater handled the arrangements. David Passed away July 1, 2007 at Golden Living Center of Neligh. David Schwager was born July 6, 1926 to Gustave and Alma (Steinke) Schwager at their farm near Orchard. He attended school at Orchard until the 10th grade. On November 22, 1944 he was inducted into the U.S. Army service. He was discharged on August 31, 1946. David came home and was united in marriage to Leola Jones on March 17, 1950 in Orchard. Most of their married life they lived on a farm north of Clearwater. 35 years of raising kids, cows and hogs, corn, you know those farm things!!! Dave was proud to receive a high school diploma through the veterans association as he served in the U.S. Army. He enjoyed playing cards at the bowling alley and at the bar. Making big money from Dennis Herley and Bill Dixon. David was a member of the American Legion Post 267. He is survived by his wife Leola Schwager; sons Arlyn and his wife Diane Schwager, Dan and his wife Ronda Schwager, Brian Schwager all of Clearwater, and daughter Dora Lea and her husband Ken Menning of Mesa, AZ. And 12 grandchildren and 12 great grandchildren. He is proceeded in death by his parents, a twin brother, Donald, a sister Dorothy, and other brothers Ernest, Carl, and Harold. A daughter, Davon Kotrous of Cancer in 2003.

Funeral Services for David A. Schwager age 80 of Clearwater was at 10:30 am, Thursday, July 5, 2007 at Snider Memorial Funeral Home in Clearwater with Pastor Rico Kotrous, officiating. Burial was in the Orchard Cemetery in Orchard. Military... View Obituary & Service Information

The family of David A. Schwager created this Life Tributes page to make it easy to share your memories.

Funeral Services for David A. Schwager age 80 of Clearwater was...

Send flowers to the Schwager family.