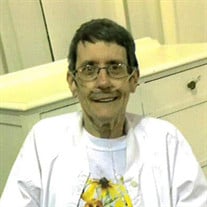 Dena Brown, Age 68 of Neligh, Nebraska passed away peacefully at Arbor Care in Neligh, Nebraska on April 28, 2022. Beyer Snider Memorial Funeral Home in Neligh is handling the arrangements. Per Dena’s wishes, there will be no Memorial Service. Memorials can be made to Arbor Care Center in Neligh or St. Croix Hospice in her memory for the great care in her last days. Dena Pauline Brown was born on August 30, 1953 to Lyle and Virginia (Miller) Smith in Litchfield, IL. After going through school and leaving home, Dena traveled as a restaurant hand moving around to several places. Later, she met her love of twenty-six years, Lewis Brown of Oakdale, NE. They eventually moved home to Oakdale and resided there for twenty-three years. Dena and Lewis worked hard in their years together. Dena worked as a waitress, CNA and transportation aid. She also served some years as a Walmart Associate commuting to Norfolk. In their time off, Dena and Lewis enjoyed fishing and golfing together. They often made trips to Maskenthine Lake. After Lewis' passing in 2018, Dena moved to Pioneer Homes in Neligh, NE where she enjoyed the last years of her life. She had several great years making casino trips, attending sporting events, stock car races, dances, rodeos, county fairs, and other local events. Dena loved baking and reading books. She was known for her delicious chocolate chip cookies that she regularly shared with her neighbors at Pioneer Homes. She will be missed by many but she talked very much about going to be with the Lord in the last days. Her health was worsening and she was tired. May she rest in Peace. Dena is survived by her good friend and caregiver Simon Beacom and family of Neligh, NE; the living members of the Dean and Betty Brown family; friend, Linda King and family of Neligh, NE; and friend, Bruce and Connie Ofe and family of Oakdale, NE. She is preceded in death by her parents, her husband, Lewis Brown, and her parents-in-law, Dean and Betty Brown of Oakdale, NE.

Dena Brown, Age 68 of Neligh, Nebraska passed away peacefully at Arbor Care in Neligh, Nebraska on April 28, 2022. Beyer Snider Memorial Funeral Home in Neligh is handling the arrangements. Per Dena&#8217;s wishes, there will be no Memorial... View Obituary & Service Information

The family of Dena Pauline Brown created this Life Tributes page to make it easy to share your memories.

Send flowers to the Brown family.