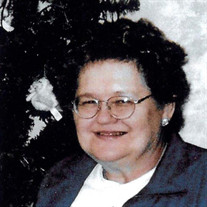 Funeral Services for Dianne R. Ahlers age 75 of Elgin, NE will be 10:30 a.m., Thursday, October 7, 2021 at Snider Memorial Funeral Home in Clearwater. Burial will be in Clearwater Cemetery. Snider Memorial Funeral Home in Clearwater, Nebraska are handling the arrangements.  Condolences may be sent to the family at www.snidermemorialfh.com Diane passed away October 3, 2021 at the age of 75 years, 6 months, and 19 days at Antelope Memorial Hospital in Neligh, Nebraska. Dianne Rose Ahlers, daughter of Helen (Lundgren) and Leonard Wagner, was born at Tilden Hospital on March 16, 1946. She grew up in rural Elgin and attended school at St. Boniface and graduated with the Class of 1964. On September 18, 1965, she was united in marriage with Lemoyne Ahlers of Clearwater. They made their home outside of Clearwater where they raised 5 children, farmed the land and had a dairy. Dianne enjoyed having card parties and touring over 40 states with her husband on their motorcycle. Later enjoying playing cards, board games, baking, growing flowers, and enjoyed spending time with her children, grandchildren, great grandchildren, family and friends. Survivors include her husband, Lemoyne; children: Connie Sue (Shawn) Clum of Coeur d’Alene Idaho, Michelle Ann Finkral of Luverne, MN, Marc Robert (Kim) Ahlers of Clearwater, NE, Trisha Dianne (Ryan) Heinz of Sioux Falls, SD, and Michael Richard (Jennifer) Ahlers of Peculiar, MO; 21 grandchildren and 3 great grandchildren; and 2 sisters, Mildred Clemens of Neligh, NE and Elaine Frederick of Norfolk, NE. Proceeded in death by her parents, two brothers, two brother-in-laws, two sister-in-laws and two sisters in infancy.

The family of Dianne Rose Ahlers created this Life Tributes page to make it easy to share your memories.

Send flowers to the Ahlers family.