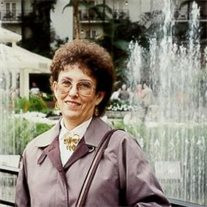 Funeral Services for Eleanor Brady age 79 of Neligh, NE will be at 2:00 p.m. Monday, November 20, 2017 at Church of Christ in Neligh, NE with Pastor Bob Dainton, Officiating. Visitation will be 6:00 to 8:00 p.m. Sunday, November 19, 2017 at Beyer Snider Memorial Funeral Home in Neligh, NE.  Burial will be in Royal Cemetery.  Beyer Snider Memorial Funeral Home in Neligh is handling the arrangements.  Eleanor passed away November 14, 2017 in Norfolk, NE.  Condolences may be directed to the family at www.beyersnidermemorialfh.com     Eleanor Jean Brady was born on February 1, 1938 to Hans and Minnie (Mindrup) Hansen at Creighton, NE.  She graduated from Creighton High School with the Class of 1955.  She was united in marriage to Gerald Holm on August 24, 1958 at Creighton, NE; Gerald passed away in October of 1981.  On November 24, 1992 she was untied in marriage to Thomas Brady at Yankton, SD, Thomas passed away in October of 2004.  Eleanor worked at the Knox County Register of Deeds office in Center, Nebraska, the National Bank of Neligh and the Antelope County Clerk's office.  She was elected Antelope County Clerk in 1974 and held that position for 28 years.  She retired as County Clerk in 2002 but continued to work part-time in the office until retiring completely in 2012.  Eleanor was very proud of the fact that she had worked in county government for over 50 years.  She enjoyed bowling, golfing, gardening, fishing, going to Branson to music shows, playing the organ and accordion and traveling.  She was a member of Neligh Church of Christ.   Eleanor is survived by two sisters-in-law Norma Jones of Neligh, NE and  Mary Brady Tilton of Springfield, MO, as well as several nieces and nephews.   She is preceded in death by her parents, her husbands, a sister Anetta Von Rentzell a half-sister  Emma Dredge, half-brothers Rudy Hansen and Gerhardt Hansen, sister-in-law Shirley Morrison and niece Eunice Bloomberg.

The family of Eleanor Jean Brady created this Life Tributes page to make it easy to share your memories.

Funeral Services for Eleanor Brady age 79 of Neligh, NE will...

Send flowers to the Brady family.