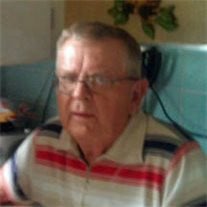 Funeral Service for Gary Miller of Clearwater will be 11:30 a.m. Saturday, May 30, 2015 at Snider Memorial Funeral Home in Clearwater, Nebraska. Burial will be in Royal Cemetery. Visitation will be 5 to 7 p.m. Friday, May 29, 2015 at Snider Memorial Funeral Home in Clearwater. Gary passed away on Friday, May 22, 2015 in Omaha, NE. Gary Lee Miller was born on July 16, 1935 to Ted and Edna Miller at Norfolk, NE. He was raised by Wilda and Reuben Rundquist in Clearwater. Gary graduated with the Class of 1953 from Clearwater High School. After graduation he attended Wayne State College with a degree in teaching biology and then attended University of Nebraska and received his masters degree. Gary taught in many different school systems such as, Obert Maskell, Thurston, Duncan, Orchard, and Humphrey. When they moved to Ponca he started his principal Career from there he was principal at Ft. Calhoun and retired. He then moved back to Clearwater to take care of his mother. While living in Clearwater he worked for Dave Timm at Clearwater Service. Gary enjoyed cars, ice skating, shooting his guns, visiting over a cup of coffee or two, watching westerns, camping, fishing, and just going for a drive in his car. Gary was a member of the United Methodist Church in Clearwater. Survived by his children: Camela Miller Jenkins and Albert Allen III of Bellevue, NE, Roderick and Kirstin Miller of Elkhorn, NE, Bryan and Michelle Miller of Lincoln, NE. Grandchildren: Whitney, Levi, Garrett Jenkins, Tara Lewis, Cassie Miller, Trey and Jenna Miller. Great Grandchildren: Kamiece and Kingston Jenkins. Brothers and sisters: Monte and Pauline Miller of Ponca, NE, Jana and Norm Langemach of Lincoln, NE, Lynn and Mark Riniker of LaCrosse, WI, Scott and Mary Miller of New Castle, NE and several nieces and nephews. Preceded in death by parents, Wilda and Ruben Rundquist and Ted and Evelyn Miller.

Funeral Service for Gary Miller of Clearwater will be 11:30 a.m. Saturday, May 30, 2015 at Snider Memorial Funeral Home in Clearwater, Nebraska. Burial will be in Royal Cemetery. Visitation will be 5 to 7 p.m. Friday, May 29, 2015 at Snider... View Obituary & Service Information

The family of Gary Lee Miller created this Life Tributes page to make it easy to share your memories.

Funeral Service for Gary Miller of Clearwater will be 11:30 a.m....