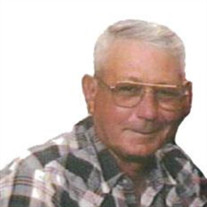 Graveside Service for Harold L. Williams age 78; of Neligh, Ne will be at 11:30a.m. April 16, 2022 at Ewing City Cemetery. Snider Memorial Funeral Home is handling arrangements. Harold passed away on April 26, 2020 at Antelope Memorial Hospital in Neligh. Condolences maybe directed to the family at www.snidermemorialfh.com Harold Lloyd Williams was born on April 13, 1942 in Valentine, NE to Lloyd “Curly” and Julia (Borzick) Williams. He grew up in Crookston, NE. He completed the first to eight grade there. Then he graduated from Valentine High School in 1960. He then went to work for Ray Staltenberg Construction. He got a job with the Bureau of Reclamation. They built the Merritt Damm South of Valentine. When that was completed they built the irrigation canal from Merritt Damm to Ainsworth, NE. On September 22, 1963 he married Karen Kay Gentele of Naper, NE. On July 7, 1965 he was transferred to Canon City, CO. They were flown out on Monday morning in a helicopter and they were gone all week. They were on the Continental Divide, living in tents and came home on Friday night. They built the Hugh Metal Electrical towers over the mountains to the west. On, April 19, 1973 the moved to Lago Vista, TX. Later moved to Marble Falls in 1976. In May 1980 moved to Holdrege, NE. On November 4, 1985; they moved Garden City, KS working for the city as a surveyor till he retired. Shortly afterwards he couldn’t stand retirement so he started his own survey business, until he retired for good. The family attended Trinity Lutheran Church. He enjoyed his 2 children, grandchildren, and great grandchildren. He loved the Nebraska Cornhuskers and Denver Broncos, played some golf, He was an assistant boy scouts leader, and loved playing cards with the family and friends. In his later years he would buy big cups of Iced tea and spending his day going around and visit with his many friends. Preceded in death by his father and step father; mother, Julia Holbrook, and sister, Carol Schwanz. Granddaughter Brooke Brown. He was survived by his wife Karen of Neligh, NE. Children Monte and Ruth Williams of Ewing, NE and Terri and Bobby Foster of Junction City, KS. Grandchildren: Timothy, Adonis, Kaytia, and Heath. Great grandchildren, Jaycen Herman, Allison, Raegan, Calliopy, and Catalina. Sisters: Jean (Ron) Bagwell of Grand Island, NE, Beverly (Johnny) Zahl of North Platte, NE, and Connie (John) Schafer of North Platte, NE. Brother-in-law, Dave Schwanz.

The family of Harold Lloyd Williams created this Life Tributes page to make it easy to share your memories.

Send flowers to the Williams family.