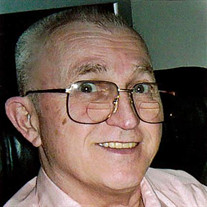 Private Family Inurnment for Herman Brothers, age 76, of Neligh, NE will be at a later date at Black Hills National Cemetery, Sturgis, SD. Beyer Snider Memorial Funeral Home in Neligh is handling the arrangements. Herman passed away Sunday, September 30, 2018 at Neligh Care and Rehabilitation Center. Herman Bruce Brothers was born June 11, 1942 at Ebensburg, PA to Walter and Aletha (Jones) Brothers. He attended school at Ebensburg until his family moved to Edinburg, Indiana where he graduated from high school in 1960. After graduation he attended Nebraska Christian College at Norfolk,NE. On November 28, 1964 Herman was united in marriage to Karen Moore at the Nebraska Christian College Chapel in Norfolk to this union one daughter was born Lori Brothers. In 1966 he enlisted in the United States Air Force and was discharged in 1970. After his discharge he lived in Neligh, NE and worked various jobs in the area. On December 14, 1984 he was united in marriage to Arlene (Velder) Moore at Neligh. To this union one sone was born, Michael Brothers. Herman worked at Blackburn Manufacturing until his retirement. He enjoyed wood working but most of all he enjoyed spending time with his family. Herman is survived by his wife, arlene. daughter, Lori Brothers, of Deadwood, SD, son Michael Brothers of Lincoln, NE, step-son Cody (Lisa) Moore of Helendale, CA. Grandsons, Tyler Brothers and Dillon Burns of Deadwood, SD. Step-grandchildren, Samantha, Sasha and Sean Moore of Helendale, CA. Niece, Freda (Gary) Walters of Turkey, NC. Great Niece, Lindsey (Jason) Brewer of Turkey, NC. He was preceded in death by his parents, 3 brothers and 3 sisters.

The family of Herman Bruce Brothers created this Life Tributes page to make it easy to share your memories.

Send flowers to the Brothers family.