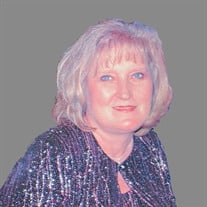 Funeral Services for Jane Lichtenberg, age 68 of Neligh, NE, will be 10:30 a.m. Thursday, April 22, 2021 at Grace Lutheran Church in Neligh, NE with Pastor Norlyn Bartens, officiating.  A private family visitation will be held.  Burial will be in Laurel Hill Cemetery in Neligh.  Jane passed away April 18, 2021 at Faith Regional Hospital in Norfolk, NE.  Condolences may be directed to the family at www.snidermemorialfh.com Jane Marie Lichtenberg was born on September 3, 1952 to Herman and LaVerna (Klug) Hanson at Genoa, NE. She lived in Genoa for a short time and then her family moved to Neligh, NE. She was baptized at the Seventh Day Adventist Church September 1963 and on December 1, 2002 she was confirmed at the Grace Lutheran Church in Neligh. She graduated with the Class of 1970 from Neligh High School. She attended Northeast Community College. On November 21, 1971 she was married to Bill Petsche and On, August 22, 1995 she was united in marriage to Stanley Lichtenberg. She worked at Neligh News and Leader writing articles for them, Pierson Wildlife Museum, Stitch and Stuff, At Your Service in Home Care, and Antelope County Resource Center, and also, Red Cross. In 2013, she was diagnosed with Multiple Myeloma and took treatments at Carson Cancer Center in Norfolk. She enjoyed all the support and friendships she made during that time. Jane enjoyed crocheting, collecting antiques, sewing for others, and taking care of her cat Baby. She was very proud of having her grandchild and great grandchild named after her. She is survived by her children: Kelly (Jeremy) Hanson of Oakdale, NE and Chris (Tabi) Petsche of Norfolk, NE. Grandchildren: Taylor, Cody, Tyson, Whitney, Trevin, Destiny, Kaison, and Zoe. Great grandchildren: Maci Marie Hanson and Bennett Gdanitz. Brothers and Sisters: Karen (Phil) Hart of Neligh, NE; Allan (Linda) Hanson of Terrill, TX; Diane (Joel) Carpenter of Plainview, NE; and Roger Hanson of Neligh, NE. Preceded in death by her parents; spouse, Stanley Lichtenberg; nephew, Chad Carpenter; and in-laws, Marvin and Mary Lichtenberg; and sister-in-law, Jane (Tishammer) Hanson.

The family of Jane Marie Lichtenberg created this Life Tributes page to make it easy to share your memories.

Send flowers to the Lichtenberg family.