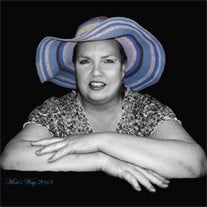 Funeral Services for Katherine L. Mortensen age 55, of Neligh will be 2:00 pm, Thursday, November 5, 2015, at Neligh American Legion in Neligh with Pastor Jeff Schipper and Pastor Brian McCracken, Officiating. Visitation will be 5 to 8 pm Wednesday, November 4, 2015, at Beyer Snider Memorial Funeral Home in Neligh. Burial will be in Laurel Hill Cemetery. Katherine went to her eternal rest on November 1, 2015. Beyer Snider Memorial Funeral Home is handling the arrangements. Katherine Lea Mortensen was born in Audubon, Iowa on December 4, 1959, the daughter of Ron and Marlene Mortensen. She was one of seven children and spent her growing up years in Audubon. She was a graduate of Neligh Oakdale High School in 1978, attended Nebraska Christian College for two years, and also attended Bahners College of Hairstyling in Fremont, Nebraska, where she received her cosmetology, barbering and teaching certificates. She moved to Schenectady, New York and worked for New Life Nursery and Daycare for many years, returning to Neligh and working for Casey's General Store for 18 years. Katie was known for the amazing donuts and pizzas she made every day. Her many nieces and nephews looked forward to the delicious cookies and bars that only she could make, which were a big tradition for any Mortensen family gathering. Katie was much loved, and though she will be sorely missed on this earth, we know this is not goodbye, but a "see you later". Katie was predeceased by her beloved mother, Marlene Mortensen and her cherished nephew, Jason Mortensen. She is survived by her father, Ron Mortensen and his fiancé Judy Cole, and her six brothers and sisters: Mike Mortensen (Danielle), Julie Kochan (Mike), Lance Mortensen (Stephanie), Steve Mortensen (Amy), Margie Mortensen and Angie Mortensen. She is also survived by 11 nieces and nephews, their spouses and 11 great nieces and nephews, as well as aunts, uncles, and many cousins.

The family of Katherine Lea Mortensen created this Life Tributes page to make it easy to share your memories.