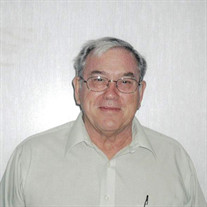 Funeral Services for Keith D. Drury, age 81 of Neligh formerly of Butte will be 10:30 a.m. Monday, September 27, 2021at Lighthouse Assembly of God Church in Butte, Nebraska with Pastor Mike Durre, officiating. Burial will be in Butte Cemetery. Visitation will be 5:00 - 7:00 p.m. Sunday, September 26, 2021 at Lighthouse Assembly of God Church in Butte, Nebraska. Keith passed away on September 23, 2021 at Arbor Care in Neligh. Snider Memorial Funeral Home is handling the arrangements. Condolences may be directed to the family at www.snidermemorialfh.com In lieu of flowers, memorial may be directed to the family for later designation. Keith Duane Drury was born on November 4, 1939 to Reed and Alice (Balcom) Drury in Geddes, South Dakota. He attended school and graduated from Burke High School in 1957. He was united in marriage to Dorthea Anderson on May 24, 1961 at Newport Nebraska. Keith worked at NRD at Butte, Olson Manufacturing in Atkinson and later years worked at Butte Nursing Home as maintenance man. He enjoyed hunting deer, woodworking, and mechanic tinkering. Keith had a strong passion for the gospel and did everything he could to support the church. He served as a deacon and as an adult Sunday school teacher for several years at the Butte Full Gospel Church. He had a deep love for his family but an even deeper love for the Lord and was always looking for ways to share that love with others. His wonderful disposition and warm smile will be missed greatly by all who knew him. He is survived by his children: Todd and wife, Marsha (Coy) Drury of Clearwater, Nebraska, Terry and wife, Penny (Pfaff) Drury of Blue Hill, Nebraska, and Tricia (Drury) and husband, Todd Stevens of Rockport, Missouri. 9 grandchildren and 4 great grandchildren. Brother, Clifford and wife, Bonnie Drury of Lakeside, Arizona. Preceded in death by his parents and his wife.

The family of Keith Duane Drury created this Life Tributes page to make it easy to share your memories.

Send flowers to the Drury family.