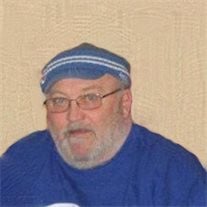 Funeral Services for Kenneth Hansen of Neligh, NE were 11:00 a,m, Friday, December 23, 2016 at St. Francis Catholic Church in Neligh, NE with Father Christopher Onuoha and Father Tom Weisbecker. Burial was in Laurel Hill Cemetery with Military Rites conducted by Neligh American Legion Post #172. Pallbearers were Audrey Thieman, Richard Gallagher, Danny Payne, Scott Sanne, Ron Petersen, and Randy Reinke. Honorary were Class of 1965 and Ariel Witwer. Visitation was 5:00 to 7:00 p.m. with 7:00 Wake Service. Beyer Snider Memorial Funeral Home in Neligh is handling the arrangements.  Ken passed away Monday, December 19, 2016 in Omaha. Condolences may be directed to the family at www.beyersnidermemorialfh.com Kenneth Douglas Hansen was born November 12, 1946 to Victor and Josephine (Thomassen) Hansen at Norfolk, NE. He was raised in Neligh. He attended Neligh High School and graduated with the Class of 1965. He enlisted in the United States Army on February 10, 1966 at Omaha, Nebraska and was discharged January 27, 1968 at Ft. Lewis, Washington. After the service, he worked at the trailer house factory in Neligh until they closed then he worked at Antelope Memorial Hospital as a maintenance man until 2006. Ken enjoyed cooking, watching Nascar, golf, Huskers, Bronco's, Ravens, Colts, and play football. He was known for making Tom & Jerry's and Bloody Mary's for the Fire Department. He was member of the Neligh Volunteer Fire Department for 20 years, St. Francis Catholic Church, and American Legion Post #172. He is survived by his son, Tad and wife, Kimberly Hansen of Chambers, NE and daughter, Therese Hansen of Omaha, NE. 3 grandchildren, Savannah, Magdalyn, and Shepard Hansen. Preceded in death by his parents, and numerous aunts and uncles.

The family of Kenneth Douglas Hansen created this Life Tributes page to make it easy to share your memories.

Funeral Services for Kenneth Hansen of Neligh, NE were 11:00...

Send flowers to the Hansen family.