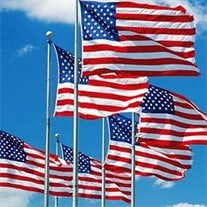 Funeral Service for Dr. Lee Mohr age 94 of Neligh will be 10:30 am Friday, September 18, 2015 at St. Teresa's Catholic Church in Clearwater, with Father James Kramper, Officiating. Visitation will be 5:30 to 7:00 pm, Thursday, September 17, 2015 with a Wake Service at 7:00 at St. Teresa's Catholic Church. Burial will be in St. Patrick's Catholic Cemetery rural Clearwater with Military Rites conducted by Clearwater American Legion Post #267. Dr. Lee passed away Sunday, September 13, 2015 at Golden Living Center in Neligh, Ne. In lieu of flowers, memorials may be directed to St. Teresa's Catholic Church in Clearwater. Dr. Lee J. Mohr, DDS was born on July 21, 1921 at Larchwood, IA to Dr. A. P. Mohr and Theresa Macauley Mohr. He graduated from Howells High School in Howells, NE with the class of 1939. He served honorably in United States Army from 1942 until end of WWII in 1945. Lee, a decorated military veteran earned a number of campaign stars and served as a technician in a small medical unit in North Africa, Italy, and France. He attended college at the University of Nebraska School of Denistry in Lincoln, NE and graduated in 1951. He practiced his profession at West Minister, CO for many years and was a member of a number of professional societies in the Denver area before retiring to California. He moved to Clearwater in 2007 and resided on a place his brother, Gerald, owned there. Lee was an avid big game hunter and fisherman. He was a member of St. Teresa Parish at Clearwater. He is survived by brothers, Clement and wife Joyce Mohr of Beaumont, TX, Gerald Mohr of Omaha, NE, Lawrence Mohr of Hope, ID, Kevin Mohr of Tucson, AZ and Bernard Mohr of Wichita, KS. Sister, Rosemary Leonard of Chicago, IL. Preceded in death by Parents. Brothers, Robert O Mohr and Maurice Mohr. Sister, Aileen Riley.

The family of Dr. Lee Joseph Mohr created this Life Tributes page to make it easy to share your memories.