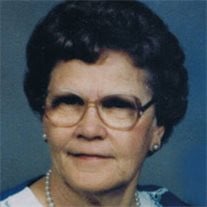 Lorraine (Sanne) Curtright Funeral services for Lorraine Curtright age 88 of Neligh formally of Clearwater were 10:30 Monday, March 28, 2011 at Concordia Lutheran Church in Clearwater with Pastor Feusse, Officiating. Music was provided by Caroline Jaeke, Organist and Duane Sanne, Soloist. Burial will be in the Concordia Lutheran Cemetery. Pallbearers were Cliff Petersen, Duane Sanne, Nathaniel Sanne, Dan Sanne, Ryan Sanne, Matthew Sanne, Shannon Kay, and Joshua Kay. Honorary Pallbearers were Rhonda Madi, Rita Calloway, Christian Galloway, and Elizabeth Sanne. Visitation was 2-5 pm Sunday, March 27, 2011 at Snider Memorial Funeral Home in Clearwater. Lorraine passed away March 24, 2011 at Antelope Memorial Hospital in Neligh, Ne. Lorraine (Sanne) Curtright was born on December 9, 1922 at Clearwater to Henry and Lavina Schlecht. She grew up on a farm south of Clearwater and attended rural school Dist #21 and Clearwater Public School. On August 28, 1940 she was united in marriage to Avalt Sanne. They farmed south of Clearwater until 1969 when they moved to their new home in Clearwater. Four children were born to this union, Lois, Dennis, Bill, and Beverly. After the death of Avalt in March of 1991, she was married to Charles Curtright on March 12, 1994. Lorraine loved to cook, bake, and garden. She was also an avid seamstress. You could count on her to be in charge of soup suppers and wedding and funeral meals and Red Cross lunches. She also made quilts for the church ladies to complete for world relief. Lorraine was a loving wife, mother, grandmother, and great grandmother. She always wanted her family near. Avalt and Lorraine enjoyed many years in their RV, fishing in the boat, and spent 3 winters in south Texas. She is survived by her four children: Lois (Allen) Petersen of Neligh, Dennis (Diane) Sanne of Clearwater, Bill (Bonnie) Sanne of Columbus, and Beverly (Gene) Kay of Columbus. 12 grandchildren and 20 great grandchildren. One brother, Victor Schlecht of Clearwater and many nieces and nephews. She is proceeded in death by her parents, both husbands. One sister, Victoria Rabe and one great granddaughter, Emma Sanne.

The family of Lorraine Sanne Curtright created this Life Tributes page to make it easy to share your memories.

Send flowers to the Curtright family.