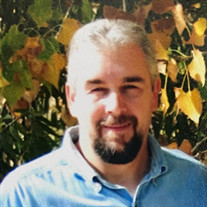 Memorial Services for Roger Elsberry, age 65 of Hadar, Nebraska will be 10:30 a.m. Tuesday, October 12, 2021 at United Methodist Church in Neligh, NE with Pastor Bruce Phillips, Officiating. Burial will be at Clearwater Cemetery in Clearwater, NE. Beyer Snider Memorial Funeral in Neligh, Nebraska is handling the arrangements. Roger passed away Wednesday, October 6, 2021 at his home. Condolences can be sent to the family at www.beyersnidermemorialfh.com Roger Dean Elsberry born on June 28, 1956 to Arlo and Eloise (Knapp) Elsberry in Neligh. Roger went to school in Neligh and graduated with the class of 1974. Roger married Debra Dietz on October 11, 1975 in Neligh. He worked at Affiliated Foods in Norfolk, moved to Windsor, CO and worked for 12 years for Owens-Illinois Bottling Plant, moved back to Hadar in 2017 where he worked for ContiTech for a couple years when he retired worked part-time for Hy-Vee East where he enjoyed working with the employees and customers. Roger was a member of the Battle Creek volunteer fire department for many years. He enjoyed working in the yard, going to Husker games and family. Survived by his wife, Debra Elsberry of Hadar, NE. Daughters, Candi and son-in-law George Warrick of Norfolk, NE, Corissa Elsberry of Hadar, NE and Jennifer Elsberry of Hadar, NE. Brother Kevin (Jodi) Elsberry of Hastings, NE. He is preceded in death by his grandparents and his parents.

The family of Roger Dean Elsberry created this Life Tributes page to make it easy to share your memories.

Send flowers to the Elsberry family.