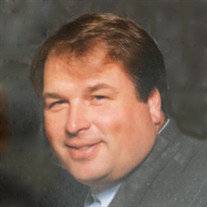 Funeral Service for Timothy Lee Kohl age 59 of Norfolk, Ne will be 10:30 a.m. Tuesday, February 1, 2022 at Grace Lutheran Church in Neligh with Pastor Norlyn Bartens, Officiating. Visitation will be 5:00 p.m. - 7:00 p.m. Monday, January 31, 2022 at Beyer Snider Memorial Funeral Home in Neligh. Burial will be Immanuel Lutheran Cemetery in Tilden, Nebraska. Timothy passed away on January 28, 2022 at St. Elizabeth Hospital in Lincoln, Ne. Beyer Snider Memorial Funeral Home is handling the arrangements. Condolences may be directed to the family at www.snidermemorialfh.com Timothy Lee Kohl was born on September 27, 1962 to Lee and Lavonne (Ahlers) Kohl at Tilden, Nebraska. He grew up on the farm north of Neligh and graduated with the Class of 1980. Timothy continued his education at Northeast Community College in Norfolk for two years for agriculture. Tim continued to live in Norfolk after college but eventually moved back to the farm in Neligh. Tim was a member of Grace Lutheran Church. He enjoyed his bowling league in Neligh along with hunting and fishing. Oftentimes bringing friends and family with him to enjoy the great outdoors. Tim enjoyed life, while working hard on the farm. He had a love of animals, building his cattle herd, and playing with his dogs and taking them hunting. He enjoyed cooking and trying new foods and restaurants. While at college Tim was also known as the chef with the other classmates he lived with. Often being the one who cooked the most! When visiting, the food channel would be playing on TV, giving Tim a chance to find his newest dish. Tim passed away Friday, January, 28, 2022 in the morning at St. Elizabeth Hospital. Those left to cherish his memory are his mother Lavonne Kohl of Neligh, NE. His significant other Delores Janssen of Norfolk, NE. Sister, Shawn and Paul Seier of Petersburg, NE and three nieces and a nephew along with two great nephews and numerous aunts, uncles, and cousins. Preceded by his father, Lee and grandparents.

The family of Timothy Lee Kohl created this Life Tributes page to make it easy to share your memories.

Send flowers to the Kohl family.