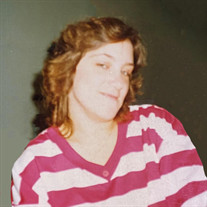 Memorial Services for Vicky L. Paul age 62 of Neligh, NE will be 11:00 a.m., Tuesday, October 26, 2021 at United Methodist Church in Neligh. Burial will be in Royal Cemetery. Beyer Snider Memorial Funeral Home in Neligh, Nebraska are handling the arrangements. Vicky passed away October 19, 2021 at her home in Neligh, Nebraska. Condolences may be sent to the family at www.beyersnidermemorialfh.com Vicky Lynn Paul was born on June 7, 1959 at Neligh, Nebraska to Donald and Elsie (Lynn) Velder. She grew up in Neligh and where she attended school at Neligh-Oakdale High School. Vicky moved to Wayne for a short while. On September 30, 1988 she was united in marriage to John Paul. They made their home in Neligh, Nebraska. She enjoyed putting together Thomas Kinkade puzzles, crosswords, solitaire, reading, and sitting on her porch drinking coffee. She also enjoyed watching her Alabama Football. She was member of United Methodist Church in Neligh, Nebraska. She is survived by her husband, John Paul of Neligh, NE. Sons, Jonathon Velder of Lincoln, NE and Will Paul of Norfolk, NE. Sisters, Becky (Jr) Clayborn of Fulton, MO and Cheryl (Richard) Henery of Neligh, NE. Brother, Donnie (Nisha) Velder of Wisconsin. Many nieces and nephews. Preceded in death by her grandparents, parents, and father-in-law.

The family of Vicky Lynn Paul created this Life Tributes page to make it easy to share your memories.

Send flowers to the Paul family.