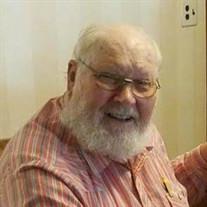 Funeral Service for Warren J. Pellatz, age 83 of Brunswick, NE will be 10:30 a.m. Saturday, October 30, 2021 at Brunswick Community Church in Brunswick, NE with Pastor John Kringle, Officiating. Burial will be at the West Willowdale Cemetery, Brunswick, NE with Military Rites by Neligh Legion Post #172 and VFW #5287 and Legion Riders. Visitation will be from 5:00 to 7:00 p.m. Friday, October 29, 2021 at the Brunswick Community Church in Brunswick. Warren passed away October 24, 2021 at Bryan Medical Center in Lincoln, NE. Beyer Snider Memorial Funeral Home in Neligh is handling the arrangements. Condolences may be directed to the family at www.beyersnidermemorialfh.com Warren James Pellatz was born April 19, 1938 to Rudie and Alta (Snodgrass) Pellatz at home Northeast of Neligh, NE.  He was the middle of 3 sons raised on the family farm.  Warren attended grade school at Dist. #27 thru 8th grade.  He attended Neligh High School and was active in FFA throughout his high school career.  He graduated with the Class of 1955.  Warren enlisted in the National Guard July 10, 1962.  While in the National Guard he was awarded the Marksmen rifle and pistol award.  Warren started dating Miss Janette Elsberry in 1962 and made her his bride on September 19, 1964 at the Brunswick Community Church and was discharged from the National Guard on July 9, 1965.  To this union was born five sons, Steve, Wayne, Lynn, Myron, and Timothy.  Warren spent his life doing what he loved farming with his John Deere tractors.  He enjoyed going to auctions, woodworking, and collecting toy tractors, pens, and hats.  Later in life he enjoyed getting to know his daughter-in-laws and the grandchildren and great grandchildren.  He was a member of Brunswick Community Church, being Board of trustee and treasurer for many years.          He is survived by his wife of 57 years, Janette Pellatz of Brunswick, NE.  Sons:  Steven and wife, Jenny Pellatz of Brunswick, NE, Wayne and wife, Wendi Pellatz of Salem, OR, Lynn and wife, Irena Pellatz of Brunswick, NE, Myron and Michelle Pellatz of Brunswick, NE, and Tim Pellatz of Royal, NE.  20 grandchildren and 3 great grandchildren.  Brother, Larry Pellatz of Brunswick, NE.  Many nieces and nephews.          Warren is preceded in death by his parents; Brother, Orlan Pellatz; sister-in-law, Barbara Pellatz.  One grandson, and two great grandchildren.

The family of Warren James Pellatz created this Life Tributes page to make it easy to share your memories.